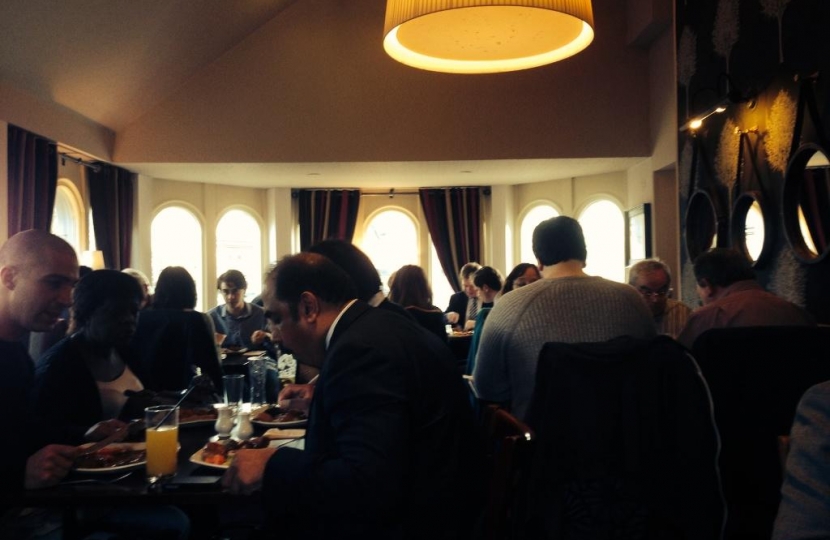 On Sunday 2nd November the City of Manchester Conservatives held a Sunday Lunch fundraiser at the Greenfinch, West Didsbury to raise funds for the Withington Constituency General Election campaign. More than 30 people came out for the event including members from across the City of Manchester, as well as friends and supporters from across Greater Manchester to enjoy a two course Sunday lunch, raffle and guest speech by Baronness Williams of Trafford. Rob Manning, Deputy Chairman of Manchester Conservatives and Spokesman for Manchester Withington, who hosted the event, said:"It was fantastic to see such a level of support for our upcoming campaign in Withington, a big thank you goes out from me personally to everyone who came. It was fascinating to hear Lady Williams' insight into the House of Lords, and great to see everyone enjoying a relaxed Sunday afternoon. We will be holding further, similar events across the constituency over the coming months so please watch this space or get in touch with me at robertgmanning@gmail.com if interested in assisting with our continued success into the future".