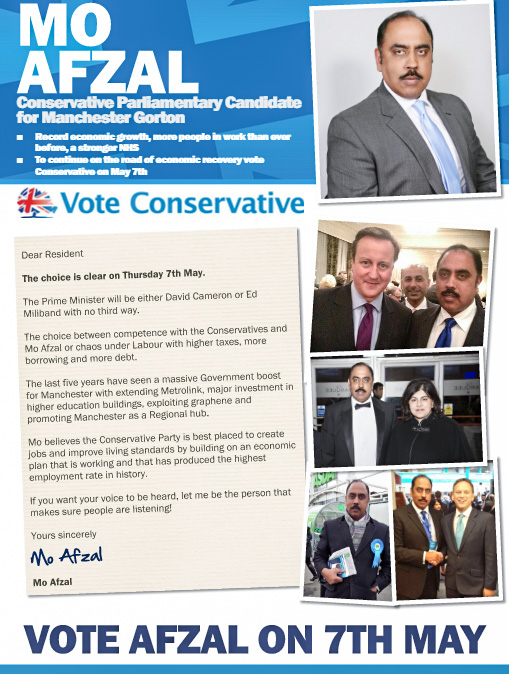 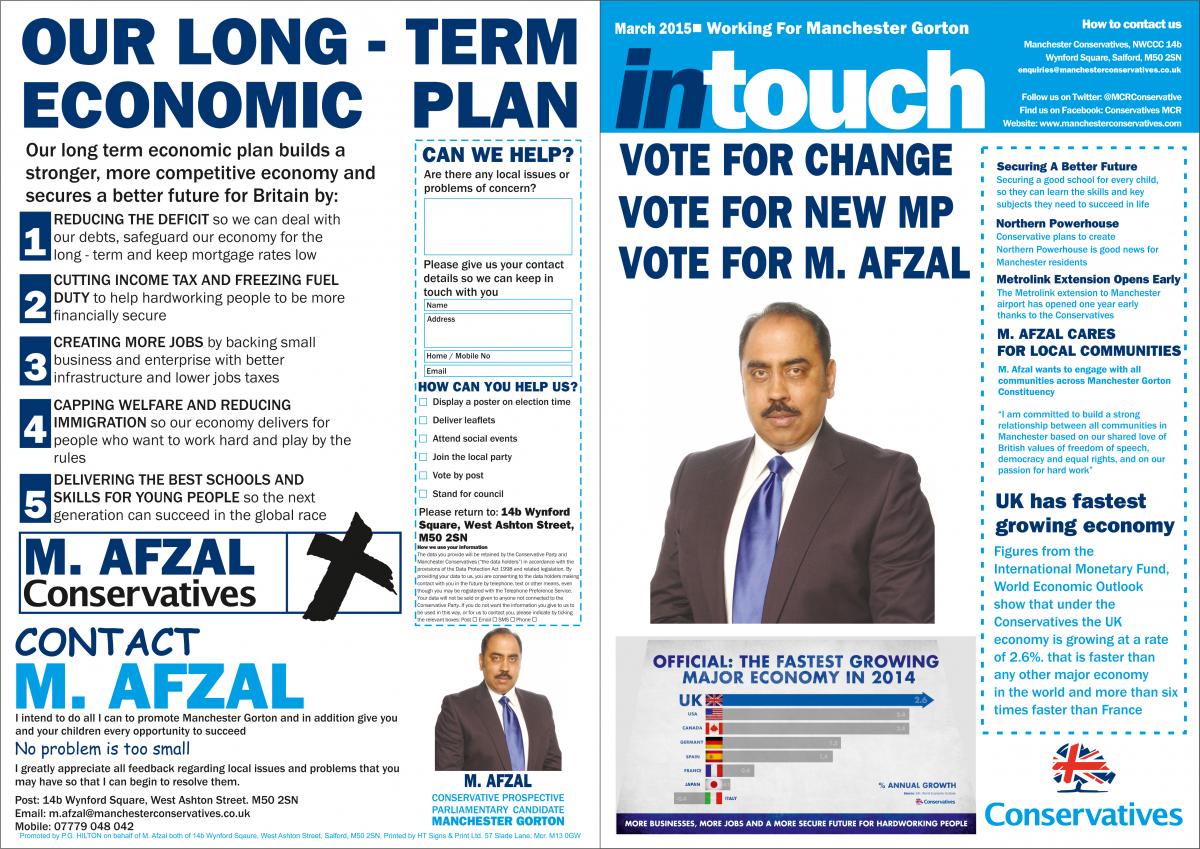 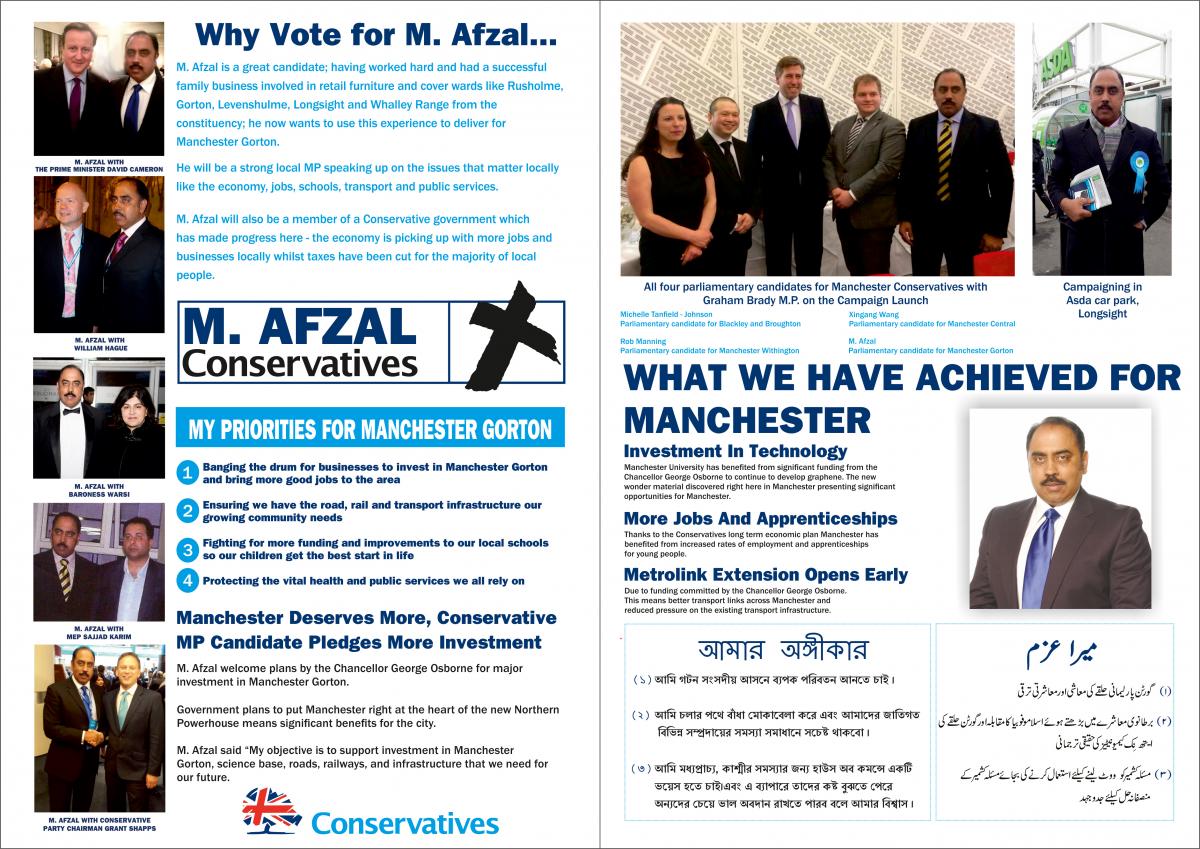 On February 21st PPC for Gorton Mohammed Afzal welcomed Baroness Sayeeda Warsi and local community leaders to a campaign launch at the British Muslim Heritage Centre in Gorton. Speakers included Mary Robinson (PPC Cheadle), Peter Hilton (President of Manchester Conservatives) and Nick Savage Chairman of the City of Manchester Conservative Association as well as a series of distinguished guests from the community. The speakers paid tribute to Mohammed's work in both the community and the party both locally and nationally. Addressing the audience of some 250 people, Mohammed pledged to "work hard to give a voice to all in the community" promising that he would "not let down" supporters and friends who "yearn to see change and challenge the Labour incumbency". 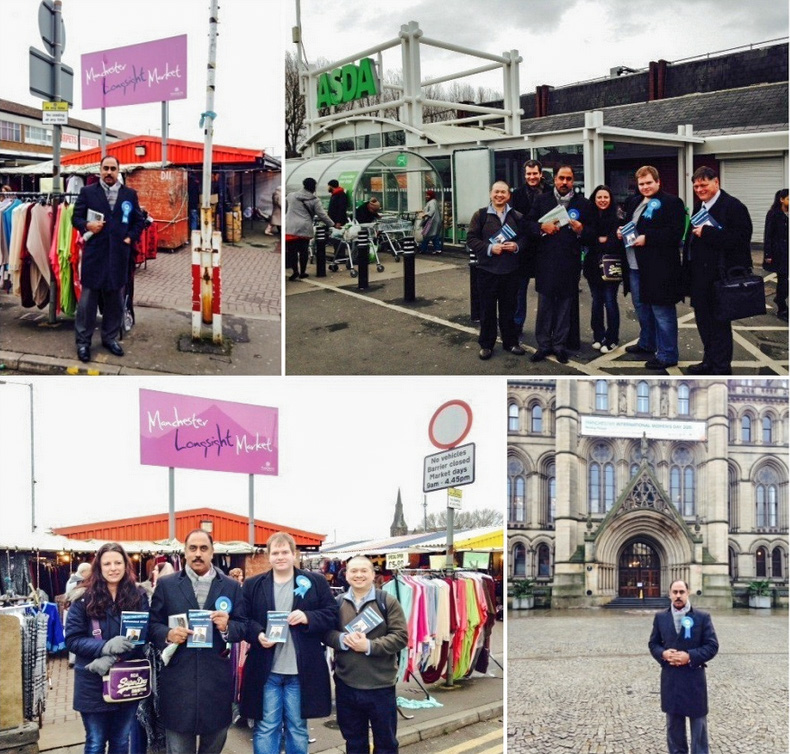