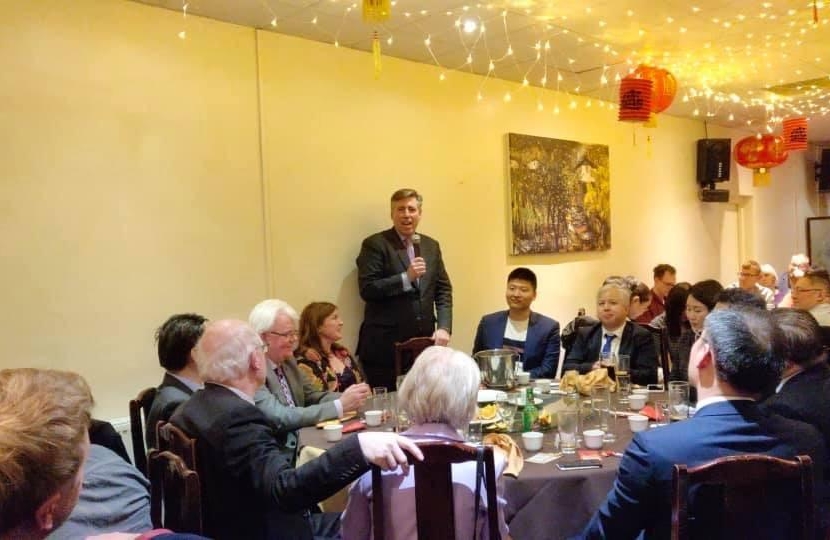 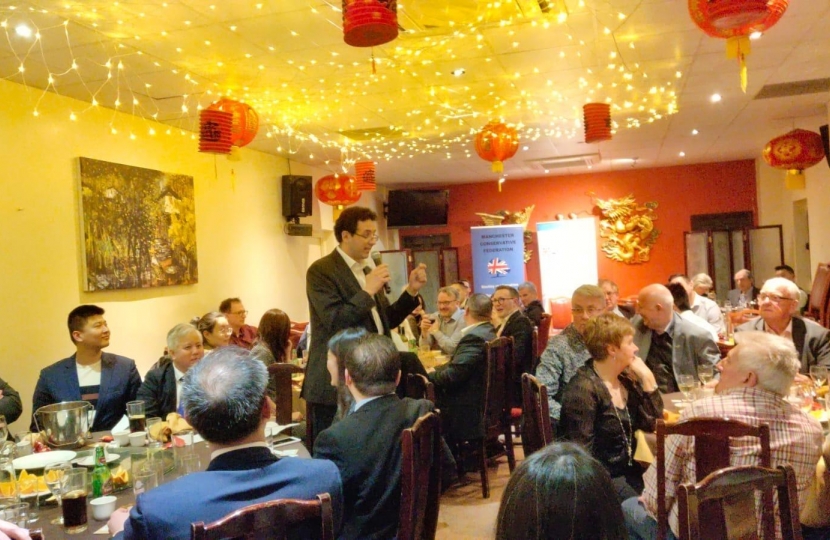 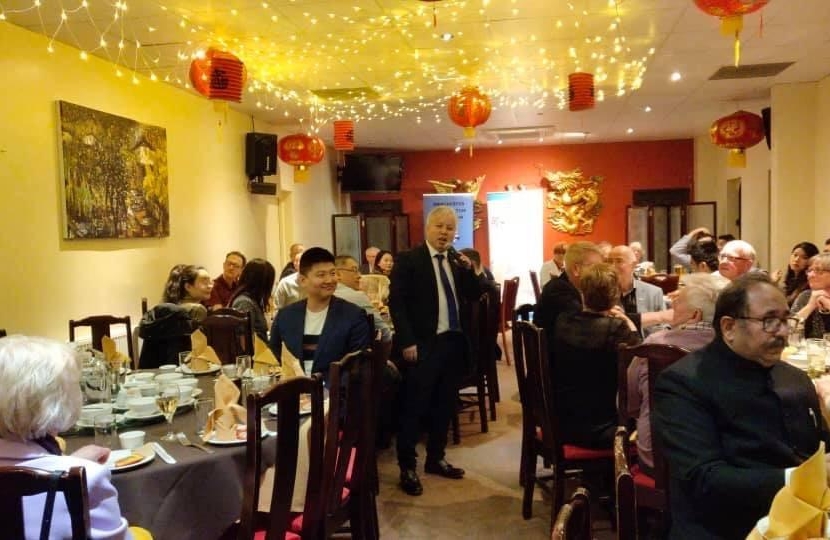 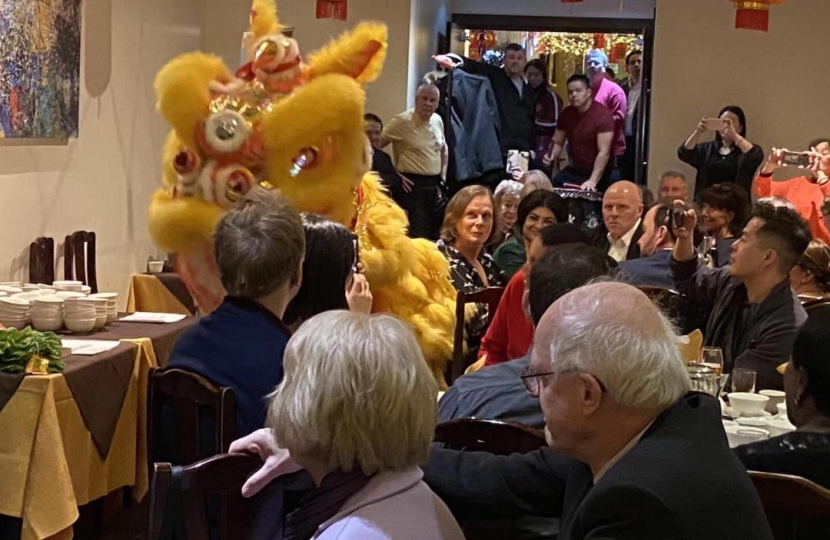 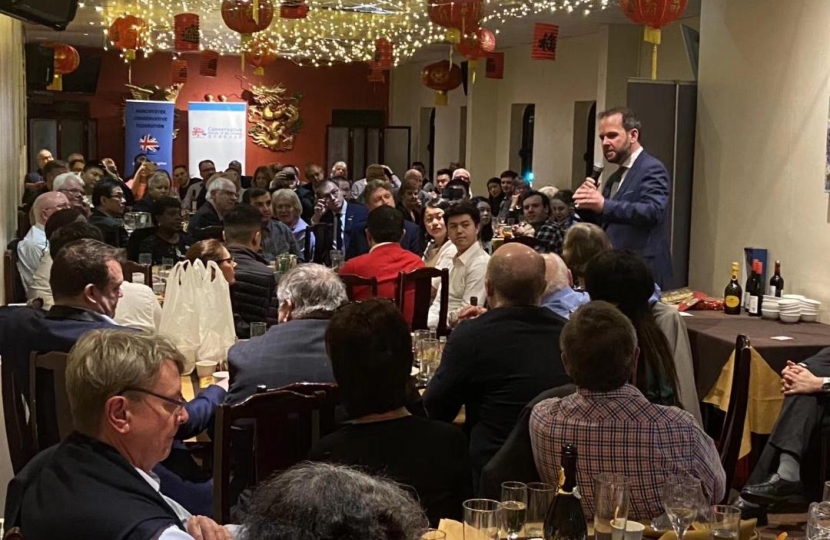 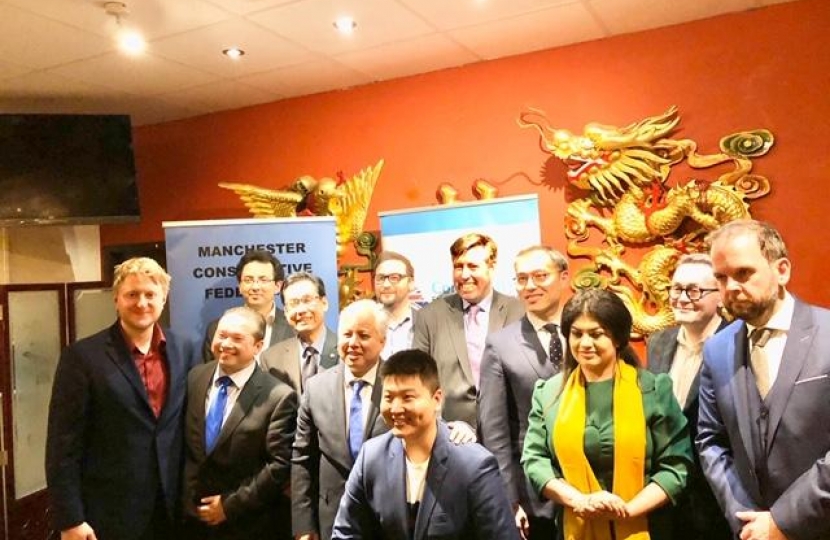 The Conservative Friends of the Chinese (CFOC), in conjunction with the City of Manchester Conservative Federation, organised a Chinese New Year Banquet in Manchester City Centre (Tai Pan Restaurant) on 08 February.

Paul Wan, the event’s chief organiser, said: “It is great to see over 100 guests including members of CFOC, the Federation and neighbouring associations, as well as local businesses with strong links to the Chinese community, coming together to celebrate both the fantastic result of the 2019 General Election and the 2020 Chinese New Year”.

In his keynote speech, the Chairman of the 1922 Committee, Sir Graham Brady, praised the hard-fought campaigns of the new Conservative MPs in Greater Manchester and across the North, noting that the election result marked the end of an unprecedented gridlock in Parliament. Sir Graham emphasised that the Chinese community can continue to play a key role in UK politics as voters, candidates and campaigners, pointing out  that at the upcoming Local Elections in May a CFOC activist, Dr Shengke Zhi, will be the Party’s candidate in Altrincham.

Speaking on behalf of the Manchester Federation, Dr Shaden Jaradat (former Parliamentary candidate in Manchester Central and Manchester Gorton) highlighted the contribution of activists and campaigners of Chinese heritage to the Federation since it was founded nearly 12 years ago. “We are delighted to have been well ahead of many other associations in terms of working closely with CFOC”, he said. “It has been a mutually valuable and constructive relationship and we hope we are setting an example to be followed by other associations”.

Speaking on behalf of CFOC, Xingang Wang (former Parliamentary candidate in Westminster and Manchester Central) underlined the important role CFOC can play in representing the views of voters of a Chinese heritage within the Conservative Party. “Families of Chinese heritage believe in earning your success through hard work above anything else”, said Xingang. “This is precisely what the Conservative Party is about – creating opportunities for people and enabling them to run their own lives and grow their businesses”.

David Semple, Chairman of the Manchester Conservative Federation, welcomed the success of the event. “We are at the heart of the most vibrant city in the North, and by working with organisations such as CFOC we can build on the momentum of last year’s General Election in this region”, he said. “That fantastic result last December proved that there are no limits to what we can achieve in Manchester”.