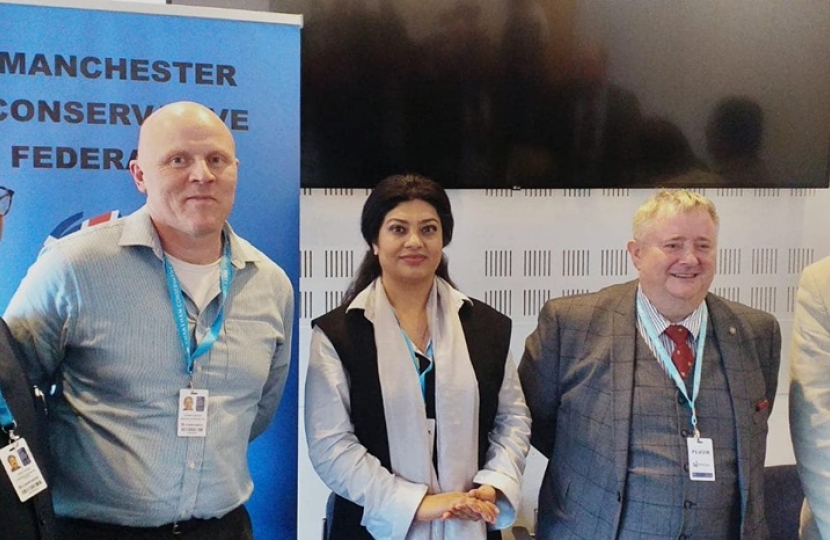 At the Party Conference, we have unveiled our proposals for Manchester Conservative Manifesto. The full text is available here:

“Manchester Start Up”: Laying the Technological Framework for the City’s Wealth

The foundation of any city’s prosperity must start with the encouragement of enterprise and wealth creation. We want to turn Manchester into Britain’s high-tech hub, a city synonymous with start-up ventures and entrepreneurship throughout the world. We will take some of the most run-down areas around the city centre and transform them into special enterprise zones as part of our “Manchester Start Up” vision. We will be offering specially reduced business rates, liaison and support, for all companies wishing to set up in Manchester and build the city’s future wealth. Manchester already acts a magnet to business professionals who find London restrictively expensive and want to take advantage of the human resources to be found in second largest student population in the country. We will foster a thriving culture of creative professionals in an environment where they can inspire and interact and be the harbingers of the knowledge economy.

“Manchester Central”: At the Heart of the Nation’s Politics and Administration

The Manchester Conservatives want to see a fairer distribution of the nation’s wealth, opportunities and executive powers. In the same way that the transfer of parts of the BBC to Media City has helped transform the economy of Salford, we want to see parts of government moved to Manchester, putting this city at the heart of the nation’s administration. We do not want *devolution* for the north - we want the north of England put back where it has always been: at the heart of the United Kingdom and involved at the *centre* of government.

Central government money has brought the Metrolink network to Manchester and helped with the expansion of Manchester airport, but Manchester’s transport is still badly hampered by overcrowded, traffic-jammed, pollution-filled roads. In the short-term, we need a better integrated transport network system, but in the long-term a more ambitious approach is required. If the HS2 project goes ahead, we would like to see the creation of a parallel underground metro line with stops running south from the city centre to Manchester airport - relieving the badly congested road network - as the first stage of a wider underground network. If HS2 is cancelled, we would some of those funds transferred to an underground network in Manchester. Regional cities across Europe - from Genoa in Italy and Munich in Germany to Lyon in France and Bilbao in Spain - all have metro systems. In fact there are 178 cities in 56 countries with metro systems. Why not in Manchester?

Restoring Law and Order to the Streets of Manchester

Greater Manchester has the unenviable accolade of being home to the worst rate of crime in the whole of England and Wales. Things are so bad that many of us will have had the experience of suffering a theft or home break-in and wondering if it is even worth reporting so unlikely are the police to actually prosecute anyone for the offence (there is a prosecution rate in Manchester of just 3% of crimes, a shocking statistic). As Conservatives, we believe this is unacceptable and we are campaigning for a much tougher, more responsive and better funded police force. The central government have already announced this year the recruitment of 20,000 new police officers and we will work closely with the police in Manchester to ensure that crime rates are dramatically reduced. But we will also be campaigning for the ring-fencing of police funds to dramatically reduce the rates of property crime across the city.

Manchester’s Labour Council has an abysmal record in protecting the fine historical buildings contained within Manchester’s 100 conservation areas. Since assuming control of the council in 1972, not a single appraisal has been conducted on any conservation area (English Heritage recommend that they are done every five years) and the city has countless examples of beautiful old buildings left to go to seed, with graffiti on the walls, windows boarded up and plants growing from the roofs. Areas like Victoria Park are some of the most important heritage areas in the north of England where some of the most important people in Manchester’s history - from the suffragette Emmiline Pankhurst to the painter L. S. Lowry, from the conductor Charles Halle to the architect Richard Lane - lived, yet to walk its streets today is to feel profound shame at the abuse and neglect inflicted to such areas under Labour. The Conservatives will ensure that these buildings are restored, the areas revitalized and beautiful homes recreated in harmony with them for thousands of Manchester residents, reconnected to the characterful, green and historic areas of the city, not the grim, bleak estates and housing blocks envisioned by Labour.

Greater Manchester boasts some of the best schools the country, yet too many children are trapped in deprived inner city areas and only offered access to poor schools with little opportunity for social advance. Labour are content, after 47 years of power on Manchester, for Mancunians to suffer the worst child poverty rates in the country. We want to provide opportunity to ALL the children of Greater Manchester, and will be proposing a mentoring scheme between the most successful and struggling schools in the region, offering opportunities to all children, regardless of their social background or the area in which they live. Every child in Manchester should feel that their talents will be nurtured by the best teachers in the region and they will not be forgotten.

Reclaiming Our Parks and Turning the City Green

We have been blessed in Manchester to have been passed from previous generations some of the finest public parks, such as Heaton Park, Platt Fields Park and Wythenshawe Park, complete with lakes, bowling greens, Shakespeare gardens, and tea houses. But just look what has happened to them under Labour...the lawns are unkempt, the lawns and borders covered with weeds, the paths crumbling, the boating lakes derelict. We hear much about how in an age of anxiety over climate change we need more, not less green spaces, but Labour treat our precious parklands like bothersome encumbrances. Very often it is now teams of volunteers that have to look after the parks and reopen the park cafes and facilities closed by the council. The Conservatives will breathe life back into our fine parklands again, ensuring they are properly maintained and restored and they are facilities of which all the community can be proud. The Conservatives will treat the parks as the green hearts of the city, out of which fan our numerous ecological initiatives, linking the parks with green routes and green corridors, so that everyone feels that their daily lives are intimately connected to the cities’ green spaces.

Manchester as a Tourist Hub

There’s more to Manchester than just football and music (important as those are!), the city is teeming with a unique history and heritage - it has been the home of capitalists and communists, world-famous engineers, scientists and artists. Yet how often do you encounter people from the south of England, let alone the rest of the world, who have never been to Manchester? Tourism is one of the most important sectors of our national economy - several times bigger than the whole of agriculture - yet we need to do more to sell Manchester as a leisure destination to people from around the world. We should have heritage trails in our historic suburbs, and a desire to promote the particular fascination and unique character of urban, creative, revolutionary, ever-ambitious Manchester so that everyone knows this is a city they must come and visit.

Under the Conservatives, the Wall will Fall and the Gardens will Rise (Again)

If you want to see the appalling mess 47 years of Labour misrule have made in Manchester, then just take a look at Piccadilly Gardens, at the very centre of the city and very often the first thing visitors see when they arrive. Piccadilly used to be a beautiful, pleasant space teeming with flower beds, lawns and statues, a place to relax and refresh in the midst of a busy city. Now, take a look at it...The flowerbeds have been concreted over, ugly buildings have been thrown up, and the world’s ugliest curving concrete wall constructed. Piccadilly Gardens 2018 11 A new Conservative council in Manchester will take down that monstrous wall and restore Piccadilly to being the beautiful, relaxing green space it once was and we will dedicate the new gardens at Piccadilly to the memory of the Manchester Arena Victims.

The people of Manchester do not have to keep on enduring the abysmal child poverty, crime rates, failing schools, destruction of heritage and environment associated with Labour. Manchester could have a prosperous, Conservative future as a hub of the world economy, a beacon for progressive ideas that also treasures its past. Under Labour, Manchester is an anonymous, anodyne city, disconnected from its heritage and uncertain of its future. The task for the Conservatives is to be bold and ambitious for Manchester’s future, generating ideas that can be copied by the rest of the country, while recovering the unique Mancunian entrepreneurial spirit and selling it to the world. 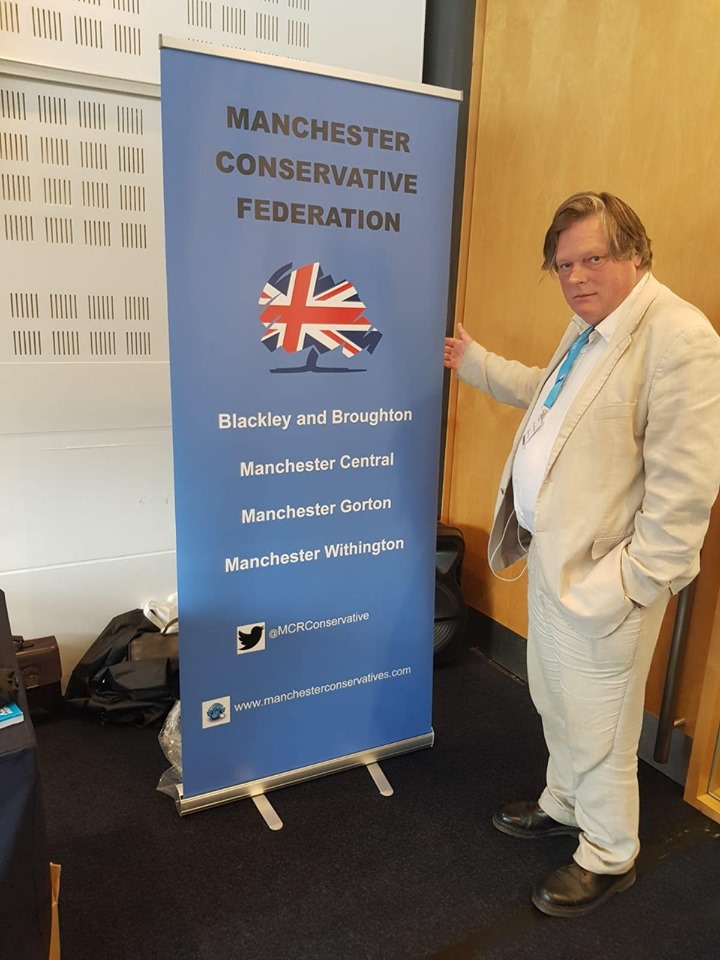 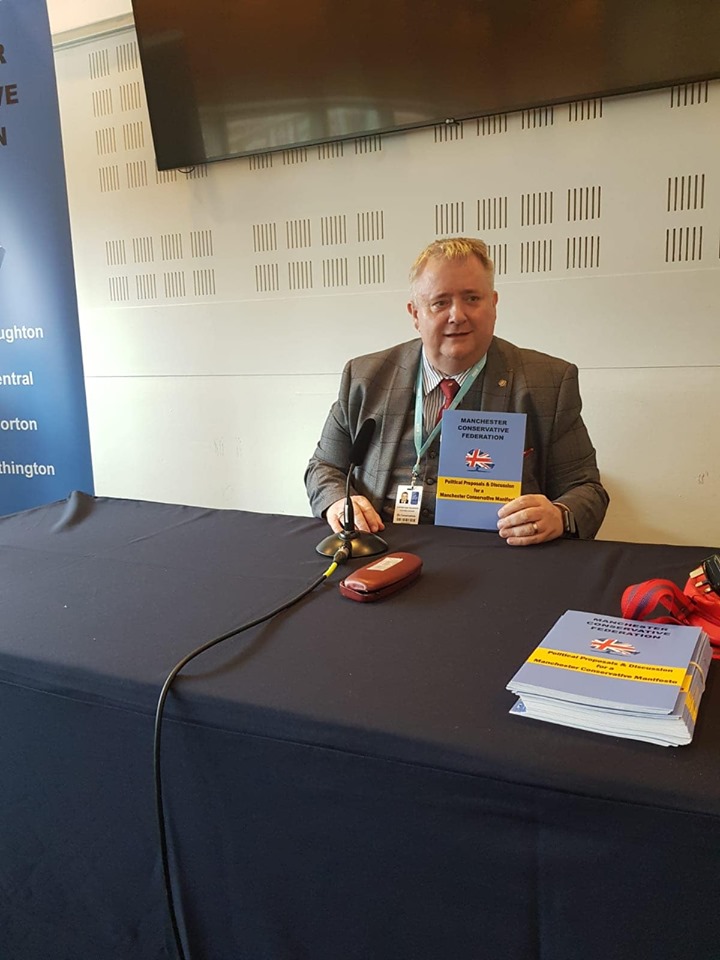 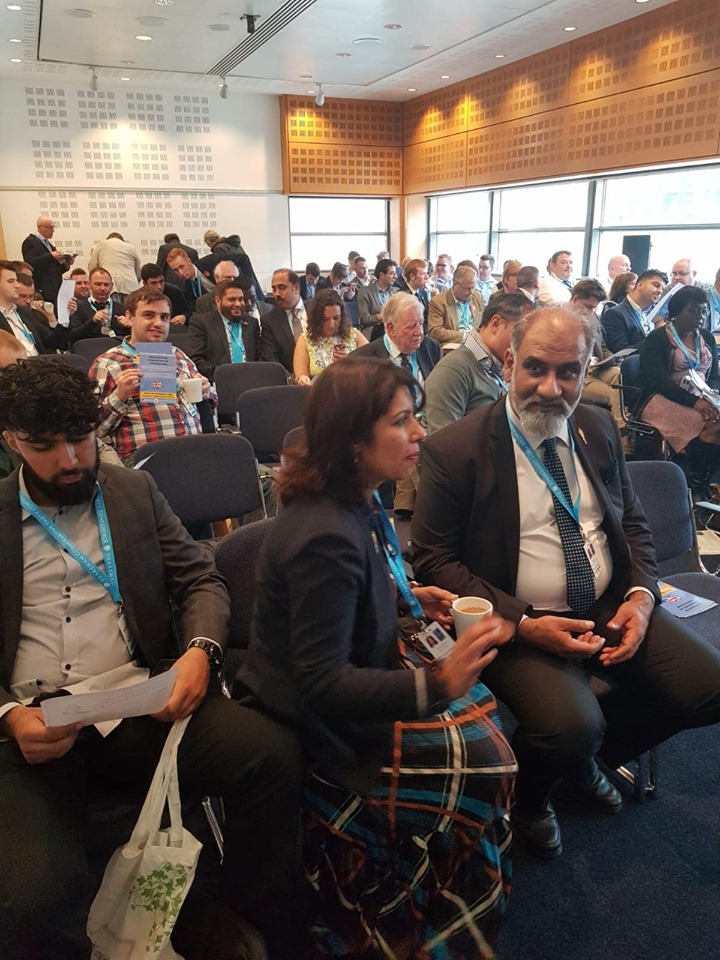 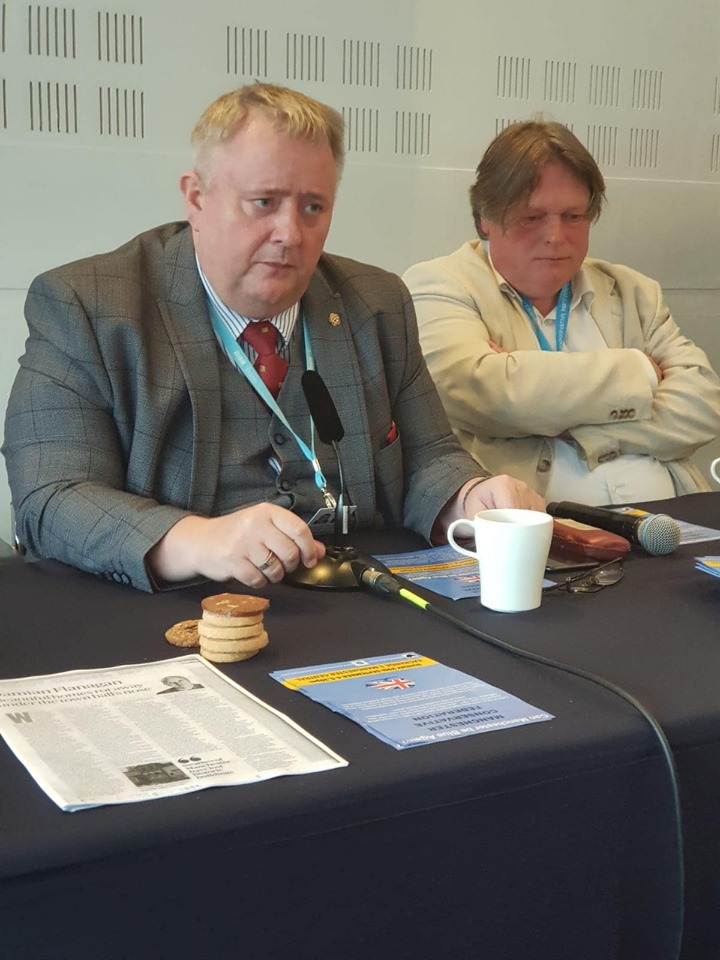 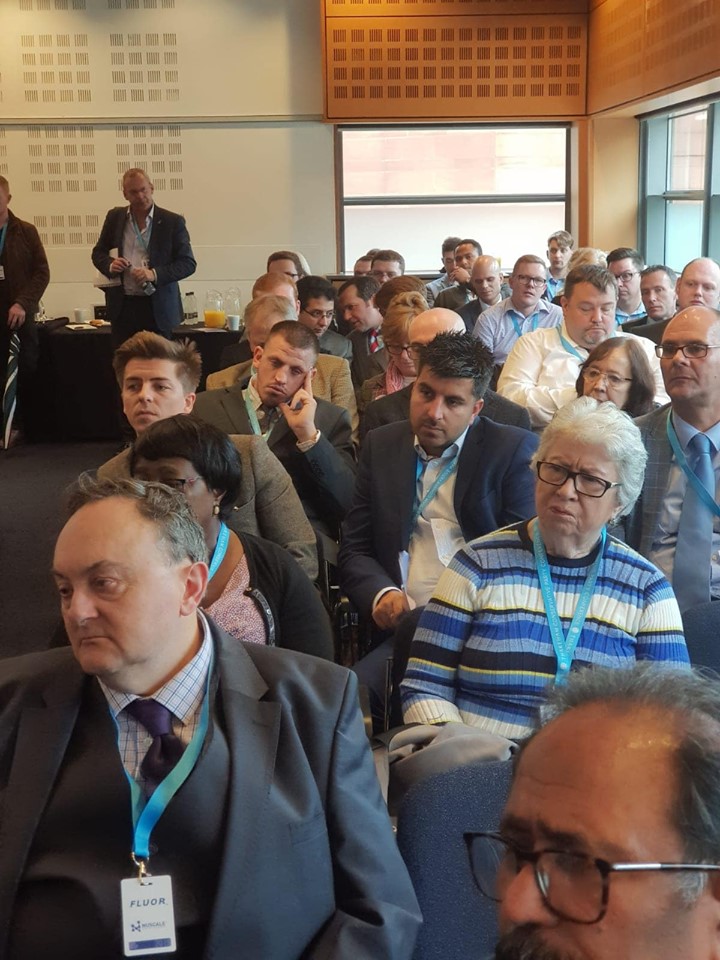 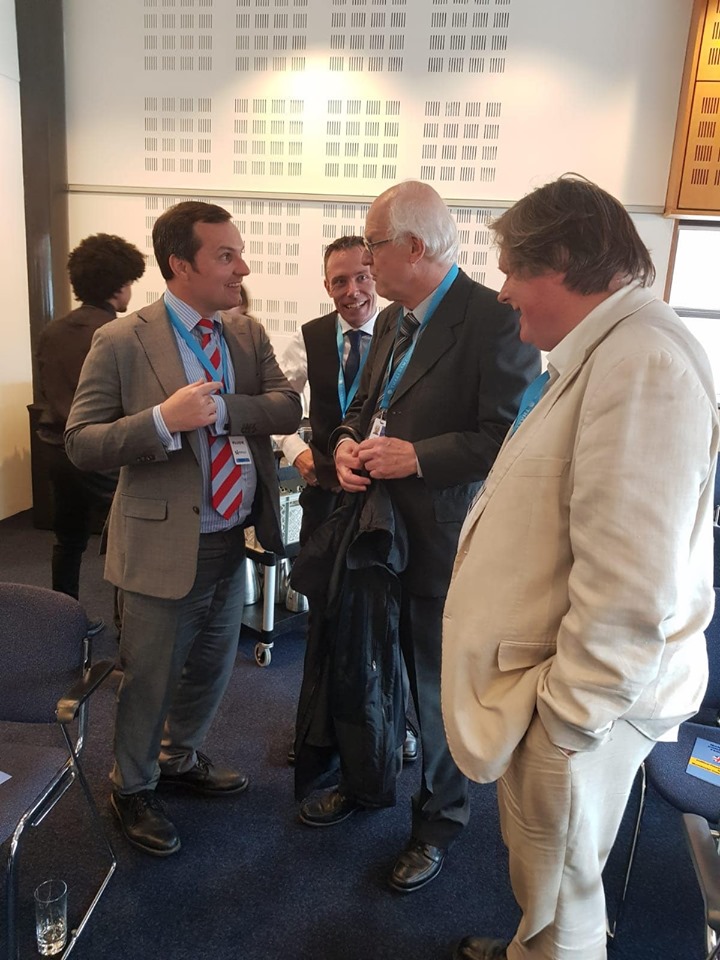 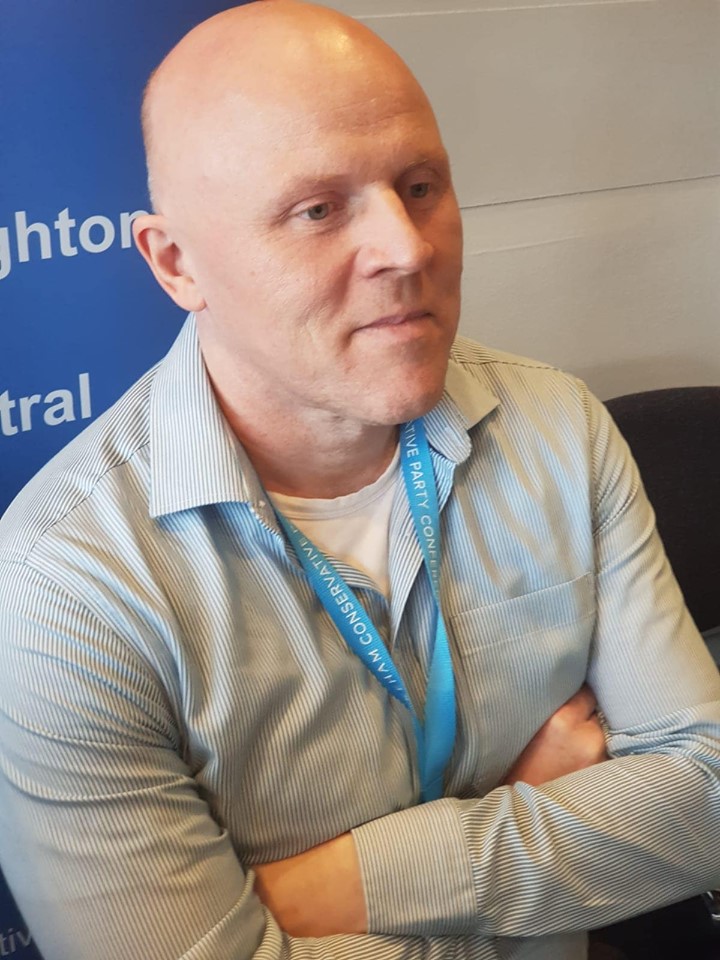