Every vote for Labour in Manchester is a vote for Corbyn 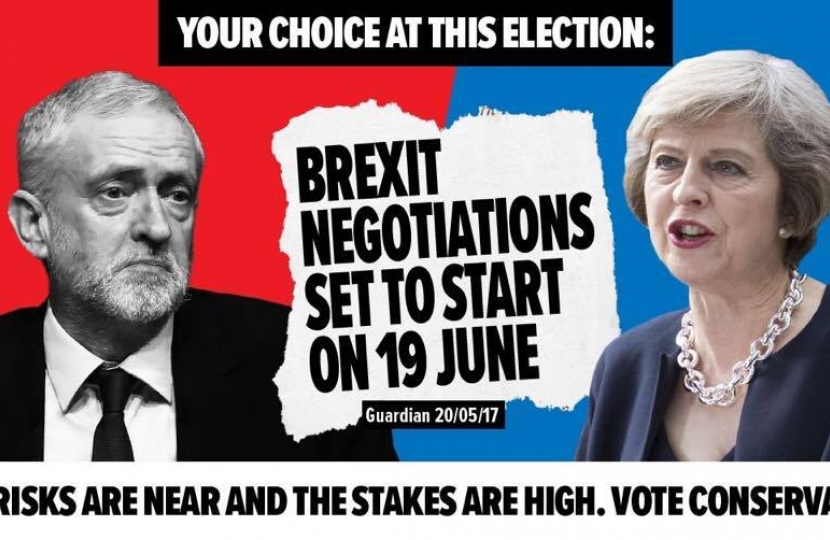 The Brexit negotiations will start right after the election - don't risk Jeremy Corbyn in charge of Brexit. Every vote for Labour in Manchester is a vote for Corbyn. Only our candidates, standing with Theresa May, can deliver the best deal for Britain and the best deal for Manchester.
We need to deliver a smooth and orderly departure from the European Union and forge a deep and special partnership with our friends and allies across Europe. As there is increasingly little distinction between domestic and international affairs in matters of migration, national security and the economy, Britain must stay strong and united – and take a lead in the world to defend our interests.
The United Kingdom is a global nation. Our history is a global history; our future must be global too. We believe Britain should play an active, leading role in the world. Not because it is our right or inheritance, but because our leadership in the world is the surest way to defend and advance the interests of the British people, and to extend around the world those values that we believe to be right.