Time for change in Manchester

From Conference with Confidence 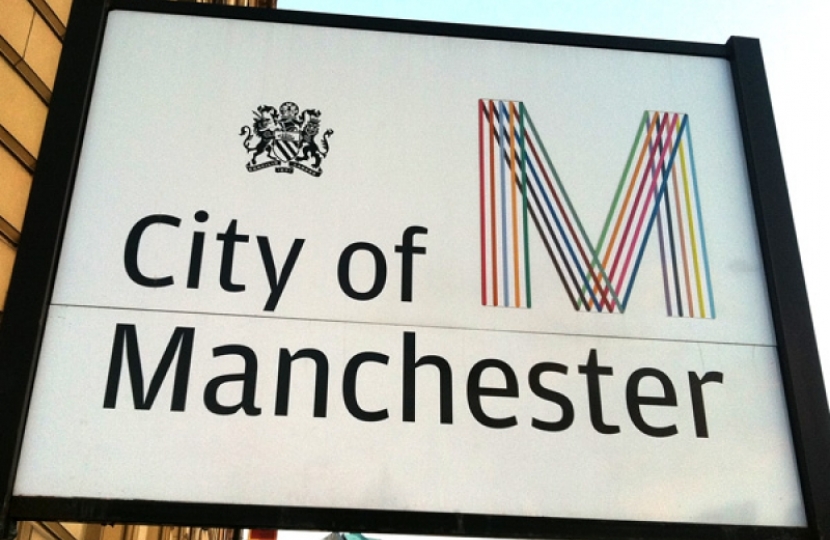 Life as a Conservative in Manchester can sometimes be tough and this conference was a stark reminder of the behaviour to which some of our opponents will stoop in an attempt to intimidate us.  Even so, I’m pleased to report that despite their threats our Conference Reception was a resounding success and passed off without disruption.

We welcomed nearly 40 guests and Chris Green MP (Bolton West) addressed us talking about his political career which has taken him from being an activist in Withington to an MP at Westminster.

More broadly however, the arrival of the party conference reminds us how important Manchester is to the Conservative party nationally. Indeed, there could be no better example of the growing importance of Manchester than the fact that the Chinese President Xie Xinpin chose to finish his recent state visit here.

The advent of the devolution, the growing awareness of the “Northern Powerhouse" both at home and overseas and, the keen support of George Osborne MP (Chancellor of the Exchequer, MP Tatton) all point to a bright future for Conservatives in Manchester.

As we look ahead to 2016 we do so with confidence. There really is a lot to look forward to!